â€¢ Toyota Gazoo Racing has unveiled its 2022 challenger for the Dakar Rally.

â€¢ The current V8 engine is replaced by a turbocharged V6.

The 2022 Dakar rally is only a few months away, but Toyota Gazoo Racing (TGR) is getting ready to go. For the next leg of the world’s most grueling endurance race, the team will field an all-new racing car that meets the new regulations.

TGR will also enter a team of four crews for the race in Saudi Arabia, which will take place from January 2, 2022. Nasser Al-Attiyah and navigator Mathieu Baumel are leading the crews. The duo won the Dakar in 2019 and returned to second place in 2021. The event did not take place in 2020 due to the Covid-19.

The other pilot / navigator pairs are: Giniel de Villiers and Dennis Murphy, Henk Lategan and Brett Cummings, and Shameer Variawa and Danie Stassen. Building on the experience of Dakar 2021, the team will continue to field a mix of experienced specialists, such as Al-Attiyah and De Villiers, while consolidating Lategan as a rising force in the sport. Shameer will aim to improve on his 21st position in the previous race.

For 2022, TGR is developing a new version of the Toyota Dakar Hilux, based on the latest rules. The new Toyota GR DKR Hilux T1 + will share components with the race-proven Hilux which was first introduced in 2018 and won the Dakar in 2019, but will feature many improvements. These include larger undercarriages – 37-inch tires, up from 32 inches, as well as an increase in tread from 245mm to 320mm.

The new bakkie also has more suspension travel, with the previous limit of 280mm now being increased to 350mm. 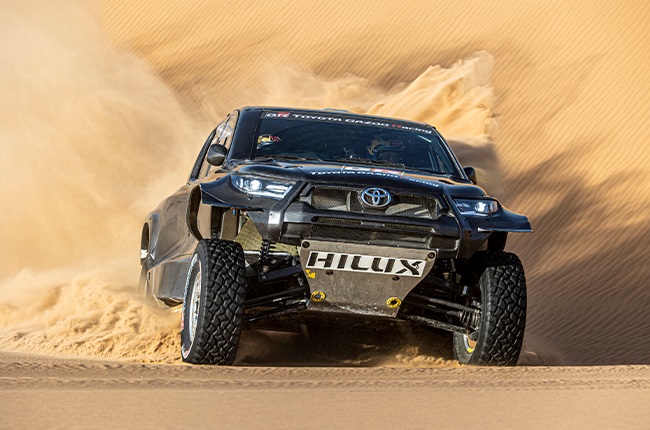 Glyn Hall, Team Principal: â€œWe are very happy to announce a very similar team to last year. With Nasser and Giniel leading our attack and Henk gaining confidence, we are delighted to tackle the 2022 edition of the Dakar Rally. Our new GR DKR Hilux T1 + is progressing well and we are confident that the new car will allow us to compete at a new level in January. “

Nasser Al-Attiyah: “I am very happy to be back with the TGR team for Dakar 2022. We won the race together in 2019, and now we have a new ball coming. I am excited about our prospects, in particular with the new GR DKR Hilux T1 +, which is significantly faster and more efficient than the previous car. “

Giniel de Villiers: â€œThe Dakar is one of the toughest races on the planet, but it suits our new Hilux perfectly. a big difference for our campaign. The engine is very responsive and allows us to push the new car to the limit. Saudi Arabia has proven to be a worthy host of the race, and we hope that will be the case again in 2022. “