Tour de France enthusiasts, including wheelchair racers like me, can indulge our passion for cycling and ring the bells (!) at the Intelligentsia Cup in Chicagoland from July 22-31.

Although not the 21-stage TdF spanning thousands of miles with mountaintop finishes and cobblestone couloirs, this 10-day race series attracts regional and national riders, bringing a intense energy and racing excitement at eight suburbs and Chicago.

West Dundee hosts the first day of racing. The latest venue is Fulton Street in Chicago, roasting house of Intelligentsia Coffee, a premium coffee company and title sponsor since 2013.

Adding to the excitement of criterium racing, the DuPage Sports Commission, a branch of the DuPage Convention & Visitors Bureau, has created its own Triple Crown Championship for all three DuPage County races at Glen Ellyn, Winfield and Lombard.

Igor Bakovic, Sporting Director of DuPage Sports Commission, explains: “We will be presenting a jersey to the Triple Crown leader in Glen Ellyn and Winfield in all five categories as well as a jersey to the overall winner at the end of the Lombard Cycling. Classic. .”

The five racing categories are Men Cat 3, Masters 50/60+, Women Cat 2/3, Men Cat 2 and Masters 40+. In road racing, the categories rank from one (highest) to five (novice). Along with the winner’s jersey, overall category winners get $300 cash and, best of all, bragging rights.

According to Bakovic, the omnium (multi-day event) prizes are separate from those of the Intelligentsia Cup series.

Beth Marchetti, executive director of the DuPage Convention and Visitors Bureau, notes that the three race dates at DuPage “allow CVB to capitalize on this advantage for our hotels, restaurants, downtown shopping districts and more.”

Runners cling to the start of the 2021 race at Chicago’s Fulton Street, home to Intelligentsia Coffee’s roastery.
– Courtesy of Ethan Glading

Criteriums, aka “crits”, are short loop courses, 0.5 to 1 mile long. The race involves a predetermined duration and not a set number of laps. Each race course offers unique challenges based on terrain and tight turns.

Rounding the course, cyclists vie for position in anticipation of a race bell, rung by a race official at various intervals, announcing “preems” (spelled “primes”), special prizes – in cash or merchandise – for whoever wins the next round. “It could be $50 cash,” notes Intelligentsia Cup race director Marco Colbert, or, jokingly, “a loaf of bread. No matter the cost, the runners will go nuts.”

Omnium points are scored by overall standings when the final lap bell rings. Winners earn 20 points, runners-up 18, etc. The final score for the omnium is the total accumulation of points over the series. The more races entered, the more points can be accumulated.

“We name an omnium winner in each pro and amateur racing category,” says Colbert. 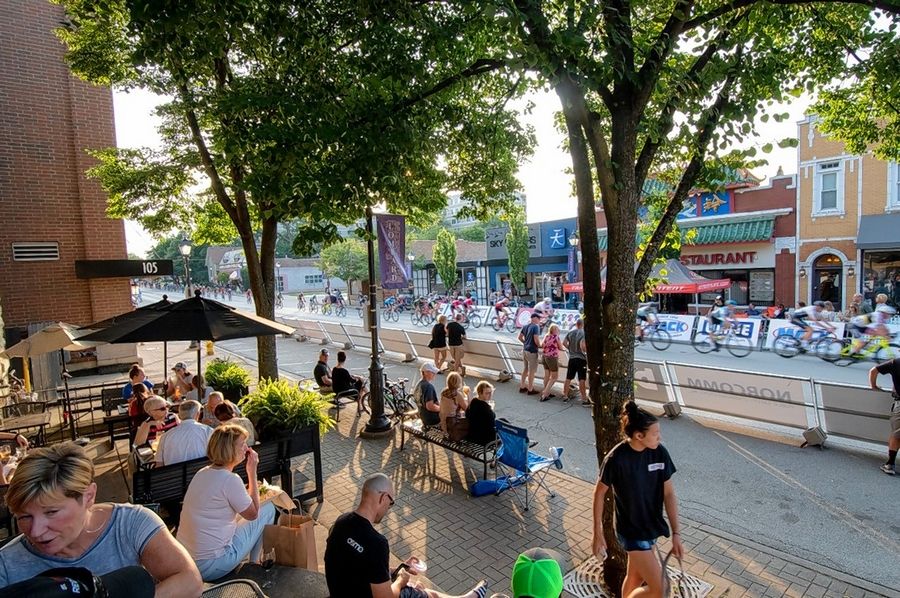 Riders set off on the course in 2021, during the Lombard Cycling Classic. This year, the riders ride on July 26.
– Courtesy of Ethan Glading


Origins of the Intelligentsia Cup

In its 10th year, the Intelligentsia Cup kicked off after Colbert hosted a bike race in 2012 at Lake Bluff.

“At the same time, Olympic cyclist and national champion Tom Schuler and some guys from Wisconsin approached me who were considering starting a bike race in Illinois,” he explains. “St. Charles was the first location. It spread to a few more, then five or six.” In 2013, Intelligentsia Coffee joined as main sponsor.

“Ten races in 10 days in 10 different locations is like running a circus – set up the race, run it all day, take it apart, travel to the next location. Then start again,” Colbert said. “But it’s good for the runners. With reviews, the more race venues in a given area the better, especially these days with such high travel costs. Runners can get to one place and run for several days.”

Around 5,300 race entries were recorded in 2021, with many of the same people competing in multiple races, with some doing all 10. While men make up 75-80% of entries, Colbert detects an increasing number of female runners.

Based on total entries, Colbert says this is the largest road racing series in the United States with “some of the best competition in the country. It’s not for the faint of heart , attracting high-level athletes who are very intense, exercising their brains.”

Based on accumulated points, winners also win an actual cup, in addition to cash prizes. Those who take the top three places in each category receive a registered Intelligentsia coffee cup, by Colbert. 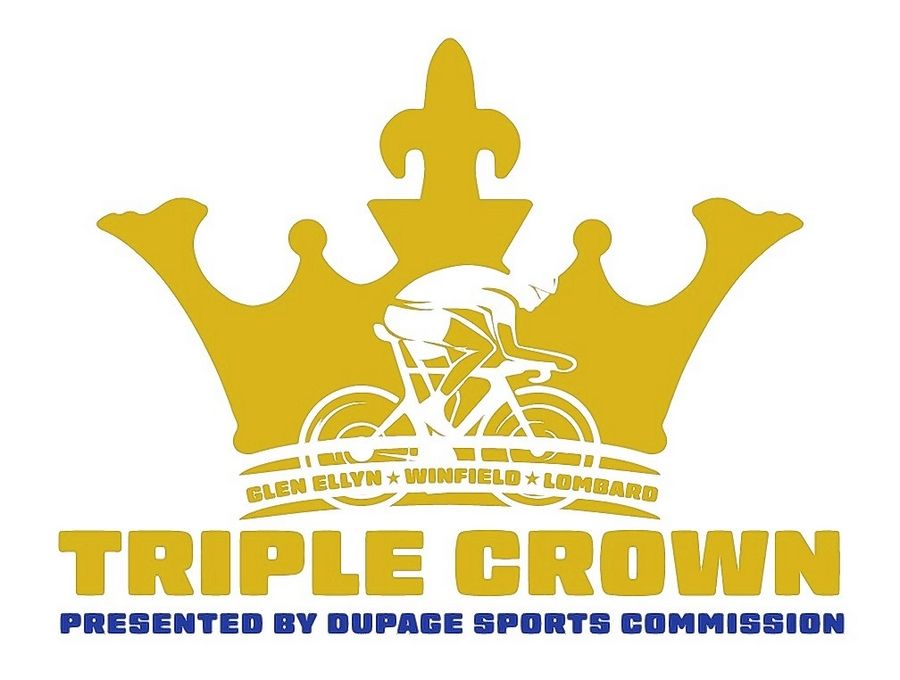 Colbert is very happy that Northbrook is hosting the race for the first time. Known for cycling, Northbrook has been home to the Ed Rudolph Velodrome since 1960, located just 10 blocks from the 1.1 kilometer (0.68 mile) criterium course surrounding Village Green Park. The second oldest velodrome in the United States, it hosts Thursday night races every summer organized by the Northbrook Cycling Committee.

Matt Curin, chairman of the Pedestrian and Bicycle Commission, worked for several years to bring the cup to Northbrook. Friend of Colbert and Olympic cyclist Tom Schuler, he is very excited about the upcoming race, having raced since he was 15 years old.

At the University of Michigan, Curin served as president of the cycling team and competed in collegiate national championships. His degree in pharmacy led him to several pharmaceutical companies where he also managed racing teams, including the Astellas professional cycling team from 2012 to 2016, as recounted in Jamie Smith’s book, “American Pro: The True Story of Bike Racing in America”.

Like the other nine venues, the Northbrook Grand Prix is ​​offering $5,000 in cash prizes and winning jerseys to category winners, plus $1,000 in bonuses. The race runs from 10 a.m. to 8 p.m.

The Intelligentsia Cup Races in Chicago

The Intelligentsia Cup Chicago races are held 10 days in a row in July:

• July 23: visit of the Ray Whalen Builders of Lake Ellyn